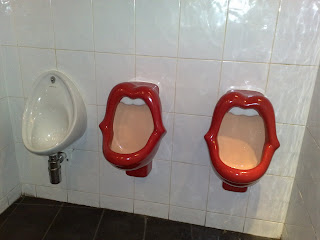 ...and it really is. I've been reading the cheery little book by Dickens, "A Tale of Two Cities" and it's made me think about how close two worlds can be, and how one can be so good and positive and the other quite the opposite. I've got "Choke" by Chuck Palahniuk lined up though, so that should be....diverting...any other book recommendations, let be know below.
In brief..... 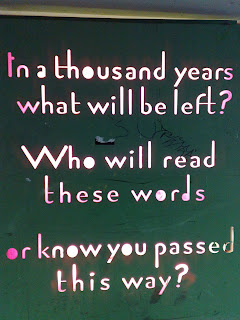 * An interesting live review from "Ark Magazine" from a tiny gig we did in Cambridge: "I saw a band more confident in their image and a lead singer who has developed his confidence to the level of Heather Mills in a Hop-scotch race."
* A review from our last minute Brighton gig by XYZ Magazine. They're right that we deserved a bigger crowd, but didn't do too badly for two days promotion! Thanks to everyone who came down at the last minute :-)
* Interestingly, we've been getting increasing amounts of play on U.S. Radio stations...and we're not sure how because we've sent nothing off! "Something About You" was played on WRIR 97.3 FM Richmond, Virginia  last Saturday, and "Get Me" has also been getting played on the Los Angeles station KCRW 89.9FM. Do feel free to email these stations (or your local one!) to request us!
* London station XFM also played us while we were up in Scotland - and they're a station which pretty much sticks to mainstream stuff.

We had an amazing series of gigs in North England, especially the two IPO Festival gigs at The Cavern in Liverpool. Leeds and Middlesbrough also deserve a special mention...the latter of which was so good I thought I'd video the people who came to see us:

Our mini Scottish tour with our friends The Trade was a blast, except I'm NEVER drinking whisky again (I'm serious) after the end of show party left me practically disabled for most of the next day. Thanks to everyone at BBC Radio Merseyside, BBC Radio Tees and MFR Radio for the sessions. Just a few shows left of the tour now -

Our next London gig is Saturday 3rd July headlining at The Garage in Islington, with special guest Maini from Primal Scream DJ'ing straight after our set . 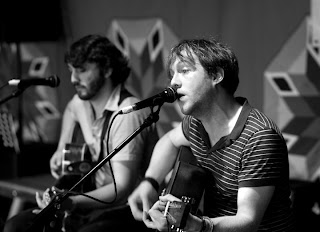 Jonno and I did a couple of intimate acoustic gigs at the Kashmir Cafe stage at the Isle of Wight Festival, and had, quite frankly, an amazing time. Both gigs were to a packed out tent, and we were then free to see a host of other great performers...not least The Strokes, Paul McCartney, Blondie, Vampire Weekend, Friendly Fires, Orbital, The Hold Steady, Ocean Colour Scene (what was up with their sound?!!) and The Blunt Instruments! Thanks to Doug for everything.


I'm off to New York in a couple of weeks - still working on confirming the acoustic gigs, but I plan on sorting it soon. Looking forward to going a lot - I plan on having a good time!

I'll leave you with a video to "Drift" which was recorded for BBC Radio Tees. You can hear the original recording (and see the lyrics) on my Facebook page.

P.S. New set of tour photos on The Foxes Facebook page.
P.P.S. You can now leave a comment below without signing in to anything! So let me know your thoughts!
P.P.P.S. Ask me something. (there's been some good ones recently!)

"'I love the succession of glittering images which distract and amuse yet ultimately do little to quell the boundless sadness at my core." Charlie Brooker.