So, how goes the big tour?! 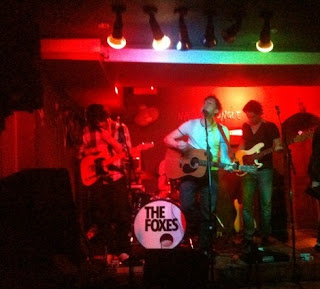 Well bless my soul, thank you for asking, it's going incredibly well! Since my last blog we've played 16 gigs including The Camden Crawl, the Great Escape, Taunton, the Isle of Wight, Portsmouth, Dundee, Aberdeen, Stirling, Newcastle and London. We've had national airplay on BBC Radio Two, countless playlists on commercial and BBC local stations - even KCRW 89.9FM in Los Angeles played us!

We've had some incredible gigs confirmed including.....the Isle of Wight Festival! We're playing on both Saturday and Sunday, and I'm rather looking forward to seeing Paul McCartney, The 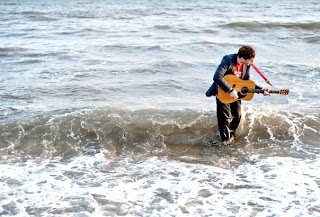 Strokes, Crowded House (I don't care that they're not trendy, 'Woodface' is a classic album!) even Biffy Clyro should be a laugh. Click here for the rest of the main line-up.

Our new EP, "Depression, Joy and a Moment of Fame" is also out now! As you may or may not know, we finance and release everything ourselves, so please do support The Foxes and buy a copy!

It's available from loads of other places, but that's quite enough links for now. The EP is a taster for the full album which we're recording at Sawmills with John Cornfield. We won't be making any more copies of the EP once this run is sold out, so get it while you can!

I've put up a selection TOUR PHOTOS (carefully edited of course) which you can view on The Foxes Facebook page by clicking here.

There's a competition on my acoustic Facebook page - you just need to work out where the title of my latest song comes from - it's called "Third Movement" The winner wins a whole host of goods which I'll post anywhere in the world. There have been several entries so far as you can see on the page...all very far from the mark, but some good guesses! 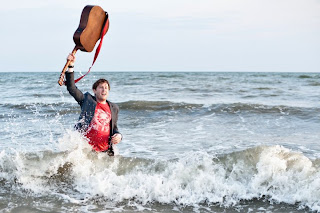 Within the next two weeks, The Foxes tour will take us to Bedford, Leeds, Brighton, Reading, Leicester, London, Blyth, Liverpool, Middlesbrough, Aberdeen, Edinburgh, Glasgow, Dundee, Inverness and Basingstoke! Hope to see some of you there.

I'll also be playing some acoustic shows in New York in July while visiting friends - more details to come.

"I admit I've got a shit taste in music. I've no qualms about it" - Random punter at one of our gigs. Worryingly, he really liked us.

"Where's the nearest website?" - Random guy who took one of our flyers, after I explained that to listen to our music he'd need to go to our website.

Some people have STILL not seen the video to "Get Me" -