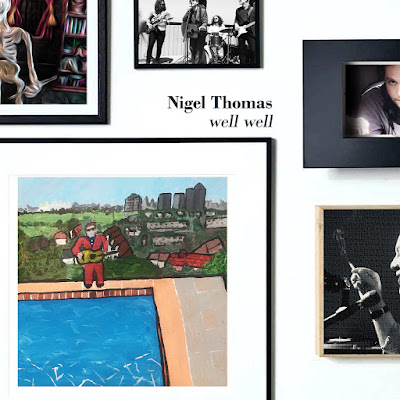 I'm excited to announce that my new album, 'Well Well', will be released by Keo Records on 13th September 2019 on download, heavy weight vinyl and because I'm old fashioned, compact disc (standard and special edition). Pre-sales information will be announced soon.

It was recorded at Hightown Studios, Southampton by Tali Trow and mixed and mastered by Sam Williams.

The cover features original artwork painted especially for the album by Eddie Argos of the band Art Brut. In his own words...

Good writing is rare and important these days and I was so impressed with Paul from the music blog 'The Mild Mannered Army' whom I met in Edinburgh when playing with Mark Morriss earlier this year, that I asked if he'd write the very first review for 'Well Well' - hoping he'd like it.


'A piano plays in an empty room.

Then a mass, a mess, of drums and harmonica. Delta blues from the Home Counties.

This is the opening to "Well Well", the new album from Nigel Thomas who sings and writes songs; like Gerry Cinnamon or Ed Sheeran but, you know, good.

The opening track "Rita" is so far removed from the sort of faux sincerity of some singer-songwriters, so far away from the phoney romance of certain stars, so distant from being concerned with being of the moment that it sounds like it has arrived from some parallel universe where people care more about talent, ability and honesty than they do about haircuts and swagger.

We can but dream.

That sense of joy in the craft, of placing quality and veracity at the heart of things, lies at the core of everything that makes Thomas someone worth listening to. 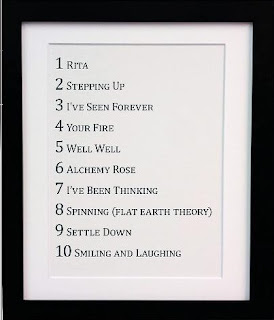 From the giddy rush of "Stepping Up" to the slightly more tender thrills of "I've Seen Forever" Thomas works hard to make songs so delightful, clever, layered and beautiful sound improvised and simple...they sound intimate.  "Sometimes life can only offer you cruelty" he sings on "I've Seen Forever" and it sounds like your best friend whispering in your ear on one of those days.

There are other moments where the music sounds like the score to the haziest half-dreams of imagined summers days.  "Well Well" is exactly that.  It sounds like the California sun as it starts to set on July 17th 1978...or something.  Like an old song...like a song from a lost classic album that has been rediscovered in a thrift store and given the chance to find an audience it didn't manage at the time by some hip record producer.

That seventies feel and the feel of West Coast America runs right across the album but, thankfully, Thomas never strays in Starsailor territory...there are no "freeways" and fake American tones here.  This is very much a record from an English musician...the best sort of English songwriter, the sort who is looking further than the Rhododendrons at the end of his immaculate lawn, cherry picking and looking with magpie eyes for inspiration.

This is also a very English record in places, most memorably on "Smiling and Laughing" where the ghost of George Formby looms large.  Yes, really.  If you think that is anything other than a good thing then I'm not sure you and I can every really be friends.  The likes of Formby and Gracie Fields and Noel Coward are as important to the evolution of British pop music as that Liverpool band and the Droning Bones are.  Arguably more so.

Thomas has produced an album that places the song front and centre, this is a record where it really is, as Pete Postlethwaite argued in "Brassed Off", music what matters.  There are enough catchy tunes, clever lines, heart breaking rhymes and beautiful tones to make any day feel better. 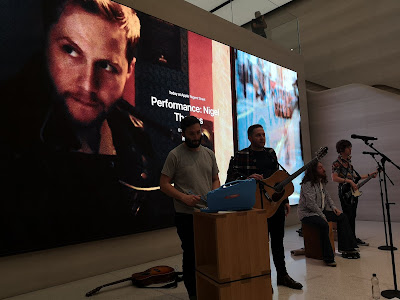 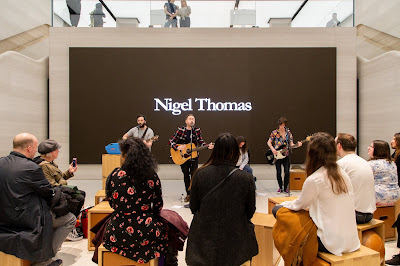 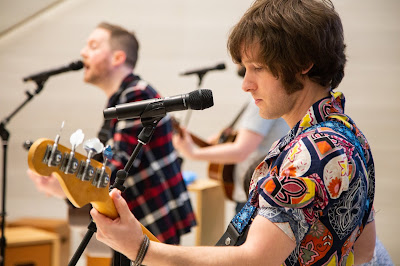 I had a great time playing at The Apple Store on Regent Street back in March. Thanks to Carrie and everyone at Apple (and of course, the talented musicians who joined me: Jon, Pat and Alex) You can see footage of the gig below.

P.S. I had a great time playing at grand venue, The Ned, earlier this month. Very lovely review from Neon Music:   'There’s no doubting that Thomas is an incredible writer'.

'If I were not a physicist, I would probably be a musician. I often think in music. I live my daydreams in music. I see my life in terms of music.' ― Albert Einstein